Ultimate Thrift Store Deal – Scotty Cameron Putter for $2.99
WHAT’S IN THE BAG? | My 2023 Golf Equipment Setup
Michael Fasano is the co-founder of Golficity, LLC, co-host of The Golf Podcast and is extremely obsessed with golf. As an amateur golfer and writer, Michael loves playing the game and sharing his knowledge of what has made him such a great player in a short period of time.
Golf Podcast 464: Bryan Bros Exclusive – George and Wesley Discuss their New Golf Course
Srixon Announces New Z-STAR Series Balls for 2023
Scott & Morikawa Sign on to Play In Tiger’s TGL
Fantasy Golf Picks, Odds, and Predictions – 2023 Farmers Insurance Open
Titleist’s TSR1: Effortless Distance At Lower Swing Speeds
Report: LIV Golf TV Deal With CW Network Changing Money Being Offered to New Recruit
Published
on
By
Srixon is set to release its new and refreshed Z-STAR golf ball on February 15, and it aims to provide players with exceptional spin thanks to a new Spin Skin+ cover.
Srixon’s extra thin urethane cover already provides tour-level spin and stopping power around the greens, but the new Z-STAR series is now paired with the company’s new Spin Skin+ technology that increases the covers’ degree of friction to enhance approach shot and greenside spin on every shot,” offering unmatched performance and feel.

Packed with a new FastLayer DG Core, high-speed players will benefit from exceptional feel and ball speed, providing maximum distance from a golf ball that still gives high spin levels. 338 dimples will also improve drag and lift, giving more distance and straighter ball flight in even the toughest wind conditions.
Finding a ball that matches your playing style and preferences is important, much more important than most realize. While it might feel good to spend $20 on a box of Wal-Mart balls or $40 on a 48-pack of refurbished ProV1s, it won’t feel good when you do not get the benefits of today’s tech. Certain balls will complement certain playing styles.
Brian Schielke, General Manager of Srixon, agrees:
“Finding the right golf ball for your game is just as important as finding the right irons or driver. It’s the one piece of equipment you use on every single shot, which is why technological advances like the new Spin Skin+ and FastLayer DG Core give players confidence that their ball is going to react how it should and excel in every category that matters – more spin, bite, and speed.”

Srixon will include the new Z-STAR series with the Z-STAR and Z-STAR XV DIVIDE balls, which will be available in Yellow/White. Schielke said the DIVIDE design gives immediate visual feedback and provides consistency with putting as well.
The Z-STAR, Z-STAR XV, and Z-STAR DIAMOND balls, along with the Z-STAR DIVIDE, Z-STAR XV DIVIDE will cost $47.99 per dozen. DIVIDE series balls won’t launch until Spring 2023.
Cover Image Via Twitter

Published
on
By
Titleist’s release of the TSR2 and TSR3 lineup just last week was exciting for players from mid-to-low handicaps, as it offered new technology to complement and assist golf games everywhere. However, the company is taking it a step further with the release of the TSR1 metals, a series of drivers, fairways, and hybrids that accommodate those with slower swing speeds by helping with launch and distance without sacrificing forgiveness or feel.
Titleist’s Director of Metalwood Development, Stephanie Luttrell, said the company has worked to continue offering options to those of all playing levels. Titleist has strived to develop clubs and equipment that caters to all playing levels, and not just experienced golfers. The TSR1 line does exactly that:
“The TSR1 line represents a continued commitment to deliver speed to every style of player.”

Titleist is extending a Driver, Fairway Metals, and Hybrids in the TSR1 lineup, and the focus was evidently weight reduction and forgiveness. However, the company also stated that, just because a club is aimed toward improving a high handicapper’s game, it was unwilling to sacrifice aesthetics, pledging to preserve the iconic look that Titleist clubs have long held.
Titleist said its major goals were to strip the clubs of every non-essential gram of weight from head to grip. Additionally, refining Center of Gravity and Moment of Inertia helps players get the ball in the air.
Built for what research shows as one-third of all golfers, the TSR1 driver packs ultra-lightweight speed and distance, providing players with swing speeds below 90 MPH with better launch and total distance with every drive. Its 460cc driver head size is roughly 40 grams lighter than the TSR2 driver, and weight savings providing a much less stressful experience for golfers. It is also fitted standard with an ultra-light 40-gram MMT SpeedMesh shaft and lightweight grip. 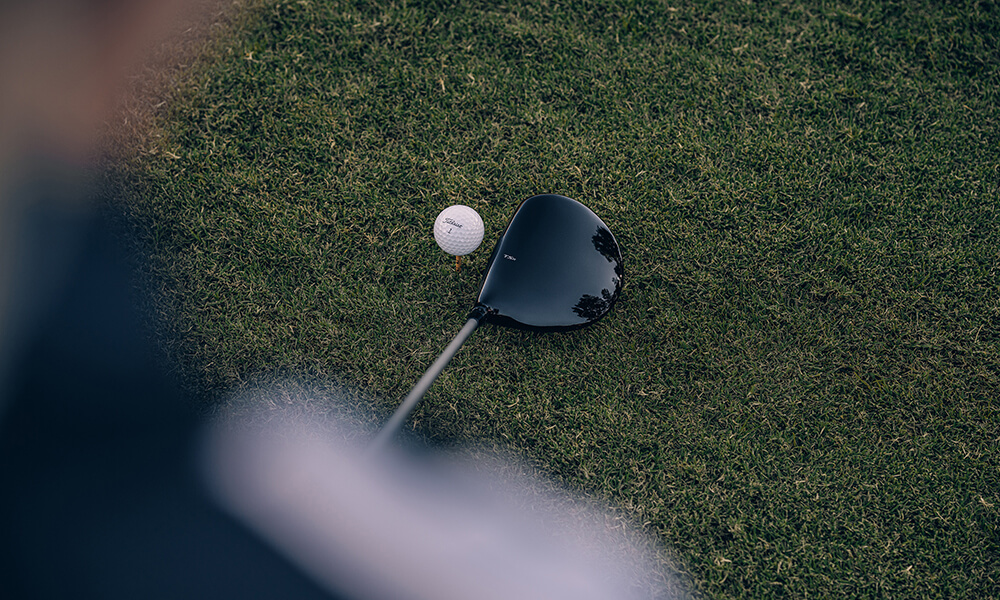 Luttrell said:
“With the TSR1 driver, we found more speed and launch for the player through a lightweight design, better aerodynamics and our deepest CG ever in a Titleist driver.”
Titleist also eliminated excess weight to make the driver as light as possible. However, it still packs Multi-Plateau Variable Face Thickness, which is found in other TSR driver models, which helps promote high launch and speed retention in off-center hits.
The TSR1 Driver is available in 9°, 10°, and 12° lofts for right-handers. Lefties will have 10° to choose from or 9° and 12° options as custom offerings.
Price: $599
Titleist developed the lightest and highest launching fairway metals with the TSR1. However, the design also includes a larger head than the TSR2 but is still 20 grams lighter. Titleist also refined its Center of Gravity placement with an open hosel construction design that promotes forgiveness and high launch, helping to eliminate misstrikes.
Shaping and weighting refinements also improve moment of inertia by 15 percent compared to last year’s models. This all helps golfers who want to get the ball in the air, but can’t always pull it off in difficult conditions.
A new way to #FindYourFaster.
Introducing NEW TSR1 metalwoods, completing the #TSR family with an option engineered for the moderate swing speed player to bring effortless speed, distance and high launch without sacrificing forgiveness, looks or feel: https://t.co/Wfw4XNnn0N pic.twitter.com/2v6OMjRoIG
— Titleist (@Titleist) January 23, 2023

VP of Golf Club Marketing for Titleist Josh Talge said:
“In designing TSR1 fairways, high launch was the top priority. We wanted to make the highest launching and most forgiving fairway we could. The result makes for a seamless transition from TSR1 driver through the top end of the bag.”
Titleist will offer the Fairways in 3W (15°), 5W (18°), 7W (20°) lofts, and a custom 9W (23°) loft.
Price: $349
Titleist kept the same mentality with the other TSR1 models in their hybrids. Larger head designs help with contact, and CG placement helps with more confidence at address. Titleist even fitted the clubs with a .335 fairway tip and 1/2-inch of additional length for increased speed and launch.
Talge added more details:
“Keeping with the increased demand for higher lofted fairways from players, TSR1 hybrids are the most ‘wood-like’ hybrids we have ever made. With a larger profile and a slightly longer shaft, TSR1 hybrids promote the speed and launch golfers may want from a fairway but with the added gapping flexibility to fit into the rest of the bag.”
Titleist will offer the TSR1 Hybrid in 4H (20°), 5H (23°), 6H (26°), and a custom 7H (29°).
Price: $299 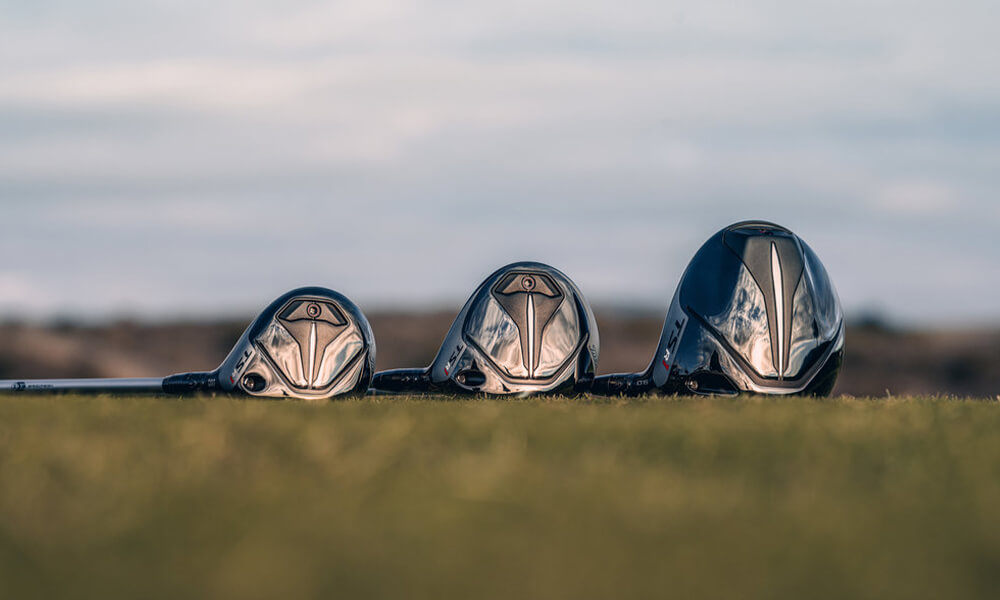 Titleist’s TSR1 lineup will be available in golf shops worldwide on February 23. The clubs will go on pre-sale on February 2.
Cover Image Via Titleist

Published
on
By
Today TaylorMade Golf announced their latest equipment partnerships between ex-Good Good members Micah Morris and Grant Horvet.  We’ve seen Micah and Grant together in San Diego the last few days, so you can imagine the rumors were swirling for weeks.
The deal between Morris/Horvat and TaylorMade come weeks after their ex-partners signed what is rumored to be an incredibly lucrative deal with Callaway which will include a collaborative club deal with branded Good Good clubs.
Neither Morris or Horvat did nowt put out a video or comment (yet) on the partnership so we’re not sure what the future holds for the OEM and the young stars.  But, both teased the YouTube golf world with fire short videos on  YouTube channels.
First Micah announced it at 8am EST:

It starts now #Teamtaylormade
Then, around 1pm EST, Horvat dropped his:

We caught up with both of them on The Golf Podcast not long ago.

Meantime, other than what we can anticipate from the footage of these shorts, what collaborations are you looking to see out of this equipment partnership?  Maybe even a 2 V Rory?